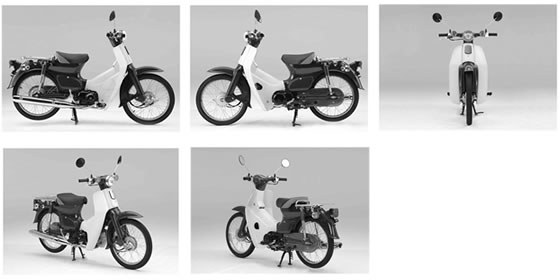 On May 26, 2014, Honda Motor Co., Ltd. announced that the Japan Patent Office granted a three-dimensional trademark registration for the shape of the Super Cub, Honda’s popular and long-selling scooter. Reportedly this is the first time in Japan for the shape of a motorcycle or any other product from an automaker to be accepted for registration as a three-dimensional trademark, and it is an extremely rare case for an industrial product of any kind.

According to the prosecution history of the trademark application, the application was rejected at the examination stage for lack of clear distinctiveness from other companies’ motorcycles. However, three appeal examiners concluded that although the three-dimensional trademark consists solely of a mark indicating the shape of the designated goods in a common manner, the trademark should be registered because it has acquired distinctiveness by being used over a long period of time.

A Leading Japanese IP Firm With a 50-Year History